Discovering the Archaeology of Love in the mosaic of European films

Registration has started on Eunic Filmdagen

After you receive the pasword, the following eight movies will be accessible for you: 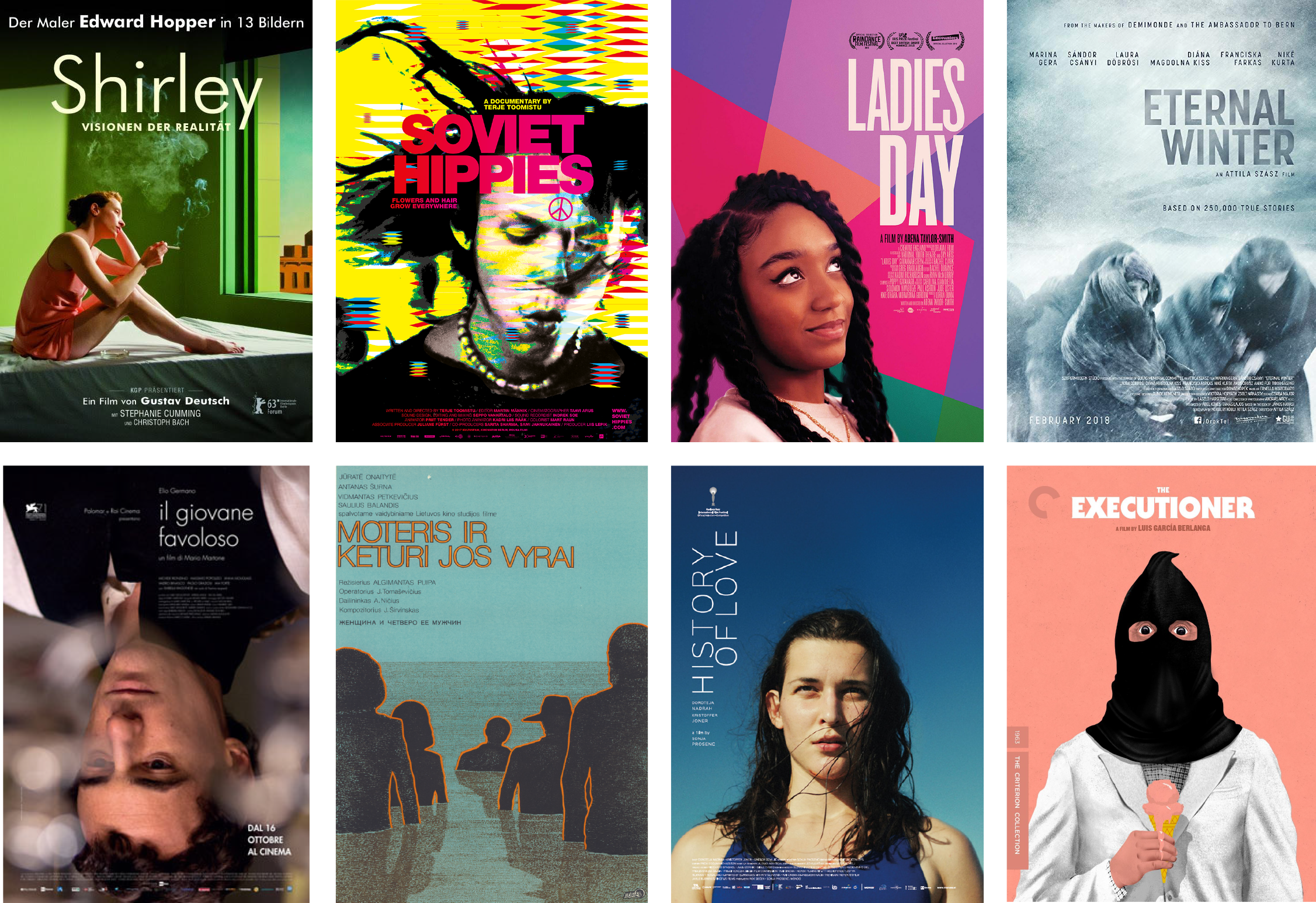 All non-English films are with English subtitles

Litouws Cultureel Centrum presents the Lithuanian classic, A WOMAN AND HER FOUR MEN (1983), coinciding with the 70th birthday of Algimantas Puipa (1951), one of the most distinguished directors in the history of Lithuanian cinema.

*Discovering the Archaeology of Love in the mosaic of European films EUNIC Netherlands Filmdays focus on the archaeology of love in film. The films of the programme, made in different European countries and during different historical times – show love in all its many shapes and forms. In these cinematographic productions the power of love, that has a creative and destructive energy (sometimes both), manifests itself in complex political, social or cultural contexts.

The Estonian documentary “Soviet Hippies” (2017) looks at the 1970s and ’80s when the hippie movement took place in the Soviet Union. The ‘Red Hippies’ were a colourful crowd. They wore long hair, jeans, listened to Western music, they flocked to each other across a vast country, believed in the ideas of peace, freedom, and love. However, this movement was completely unacceptable to the Soviet authorities. This film, by director Terje Toomistu is a journey with the former hippies, from the present day to the years of their youth, through their memories, music, drawings, photos and animation. Free love and sex were an integral part of the hippie existence. For them, love was one of the most important expressions of freedom. At least, when they loved and while making love one could feel free, even in a system in which both soul and body were strictly constrained.

A love story can even become a story of grieving, with denial of loss, a desire to escape from reality, a haunting guilt, even a desire for revenge. Such love is depicted in the film “History of Love” (2018) by Slovenian director Sonja Prosenc. She uses a unique cinematic poetics, free narration, subtle hints, eloquent details. The film amazes with its visual beauty; for his work several times Mitja Licen was awarded as the best cameraman. The protagonist, Iva, cannot come to terms with the death of her mother, who is killed in a car accident. Mourning is further aggravated by the perception of how little is known about the mother’s life. Although considered by critics to be an “atypical Slovenian film”, “Love Story” was the country’s official nominee for the Oscar for Best International Film, winning national film awards and a special prize at the Karlovy Vary Festival.

In the British short film “Ladies Day” (2018) homophobic attitudes are manifested even in the seemingly innocent chatter of hairdressers. But they affect the awakening romantic feelings of two young girls. The crushing, suffocating love of parents, family and the natural environment, can hurt the soul and body of even an extraordinarily talented person. The biography of Giacomo Leopardi – one of the most famous Italian writers and philosophers of the 19th century sets the basis for the film “Leopardi” (2014). Such experiences formed the writer’s pessimistic worldview, the notion that being unhappy is a constant factor in human existence. This led to his health problems and premature death. The poet Leopardi was played by one of the most prominent contemporary Italian actors, Elio Germano. For this role he won the Venice Festival Award and many other acknowledgments.

What will you not do for your beloved wife, for a better and more comfortable life for her, even if the wife does not value those efforts very much, selfishly takes them for granted? José Luis (played by the famous Italian actor Nino Manfredi) works for a funeral service in Madrid, and falls in love with the daughter of a professional executioner. They get married, but the young family is financially under pressure. The Executioner (and) father-in-law is retiring, he persuades his son-in-law to take over his duties; the young couple would thus be entitled to get an apartment. José reluctantly agrees, believing he will never have to kill. The film is an accurate metaphor for situations in which the executioner may suddenly become a victim himself. The satirical black humour comedy, “The Executioner”(1963), by one of the most important Spanish directors Luis García Berlanga, is a classic of Spanish cinema. Today’s famous Spanish director Pedro Almodovar calls this film the best film ever made about the death penalty.

Algimantas Puipa’s “A Woman and Her Four Men” (1983), too, is a national film classic. This film takes us to the region of Lithuania Minor at the turn of the 19th century. However, it is not so much a film based on historical realities, but is rather the reality created by the director himself, with the features of a conditional allegory. In this almost iconographic landscape the destinies of the Father, two sons and a widowed Woman are intertwined. Their stories flow slowly and melancholically, gradually sinking into the freshness of the sea, sand, coastal winds. Yet it is as natural as the eternal circle of life, its cyclical nature. Tragic live events are replaced by the joy of the emergence of a new life. And in a remote seaside house, nonetheless there is a Woman – played with extraordinary emotional tension and exceptional plasticity by actress Jūratė Onaitytė – who uninterruptedly loves the four men of the family.

Is love possible in the face of inhumane conditions – ponders the Hungarian film “Eternal Winter” (2018), which won the prestigious “Emmy” award for best Actress for Gera Marina. Director Attila Szász based this film on a true story. When the Soviet army entered Hungary in 1944, thousands of people of German origin, but also other nationalities, were deported to the Ukrainian coal mines for forced labour. Irén, a young woman, too finds herself in the hell of concentration camp, where Rajmund helps her survive. Is it love or the opportunity to survive, that binds the two together in a landscape of eternal winter.

In the Austrian film “Shirley – Visions of Reality” (2013) 13 revived paintings of one America’s most famous artists, Edward Hopper- reveal an atmosphere of social and political life in the USA between the ’40s and ‘70s, and does so through the thoughts, emotions, and reflections of one woman, an actress. What kind of reality surrounds Shirley and what kind of representation of it, the visions of reality, does she see? How does she deal with professional challenges? Does she identify herself with the established image of a wife? Is the presence of her life partner important to her? Experimenting with the language of cinema, director Gustav Deutsch looks for these answers in Shirley’s inner monologues.

Join eunicfilmdagen.nl - where you will find coomplete programme of Eunic Filmdagen. A confirmation will follow soon after the registration, while the password to access the platform and watch the eight movies during October 28-31 will be sent on October 27.